The ultimate goal of Copenhagen Suborbitals is to launch a man on a suborbital ride to space. For this particular purpose we are designing the Spica rocket.

Thus, when the first Spica rocket puts an astronaut in space the system will truly be one of its kind. Furthermore, it will make Denmark the fourth nation in the World to launch an astronaut as this has only been achieved by Russia, USA and China so far.

Spica will be powered by a 100 kN liquid bi-propellant engine running on liquid oxygen and ethanol just like our experimental BPM5 engine. Spica and the so far unnamed capsule will have a diameter of 955 mm, a total height of about 13 meter and a Gross Lift Off Weight (GLOW) of 4000 kg of which 2600 kg will be propellant. Thus Spica is a significantly larger rocket than our own HEAT-1X and will by a far margin be the largest rocket ever build by amateurs.

The engine will be fed in a pressure blow down combined with an active pressurisation system. Thus the propellant tank pressure will be maintained at the initial pressure for the first part of powered flight by a high pressure system. The implementation of such an active pressure regulation system results in a drastic overall performance increase and lower GLOW, it comes at a price of higher complexity though. 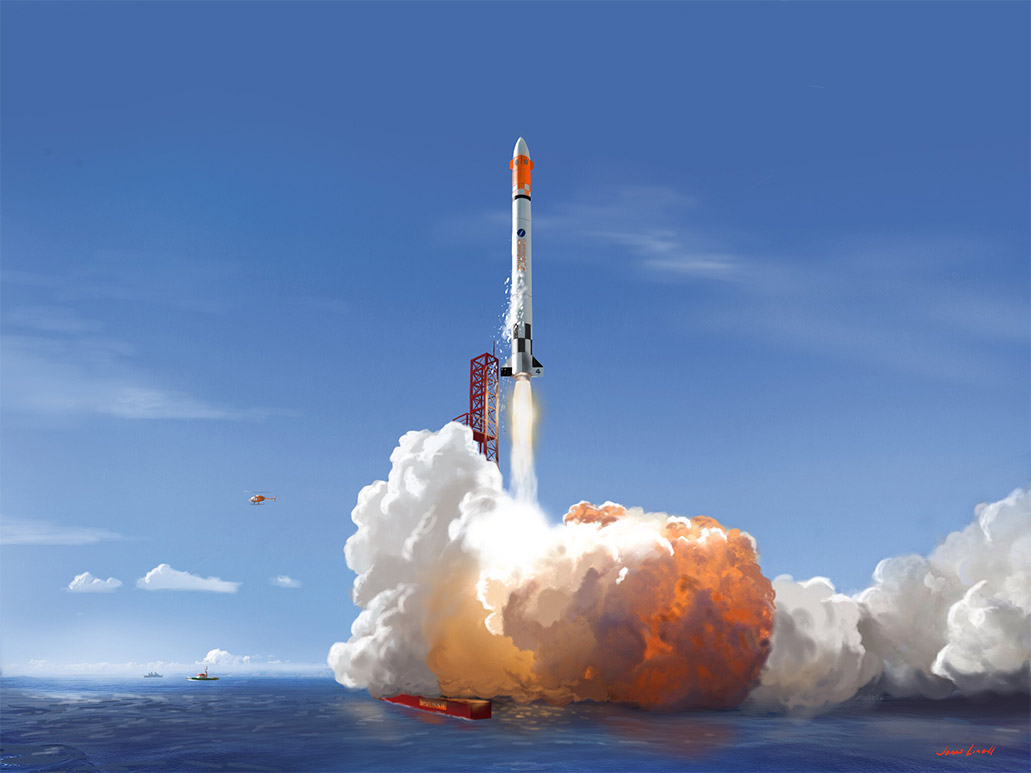 Previously, for the Sapphire and Nexø rockets, we used a jet vane based attitude and control system. Since jet vanes incur an efficiency loss of typically 8-10% Spica will utilise a much more efficient gimbal system where the entire engine is tilted to provide thrust vectoring. Since this is a major design change compared to our previous rockets the gimbal system will be tested on a smaller rocket prior to the first flight of Spica. A technology demonstrator gimbal system was developed for our BPM5 rocket engine in 2016.

The current design is based on a very conservative engine efficiency of only 80%. This way we have a design which is very robust towards overweight or other performance issues. On the other hand, if we can prove the engine to have a higher efficiency than 80% we can chose to shave weight and propellants off the entire system and end up with a system that is lighter than anticipated.

The capsule will be a small with just enough space for the astronaut and essential equipment. You can read more about the capsule on the this page. 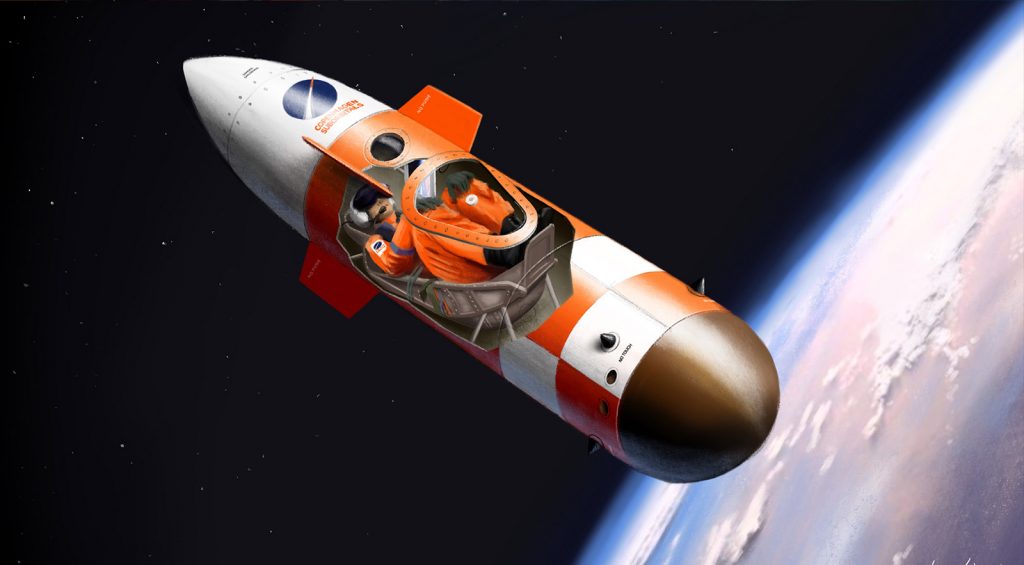 Spica will be launched from an upgraded Sputnik platform capable of supporting the weight and space required. With a Gross Lift-Off Weight (GLOW) of 4000 kg and a thrust of 100 kN Spica will climb out with an initial Thrust To Weight Ratio (TTWR) of 2.55. At T+20 seconds it will go super sonic and at T+90 seconds the engine will shut off at a velocity of about 3600 km/h and an altitude of 50 km. From here Spica will coast to apogee at 105 km at T+190 seconds. A few seconds later the ballute will be deployed in order to stabilize the capsule through the thin part of the atmosphere. Approximately 9 minutes after launch at an altitude of 4 km the parachutes will unfold and provide a gentle landing in the Baltic Ocean where the recovery team will be ready to secure the capsule and the astronaut. 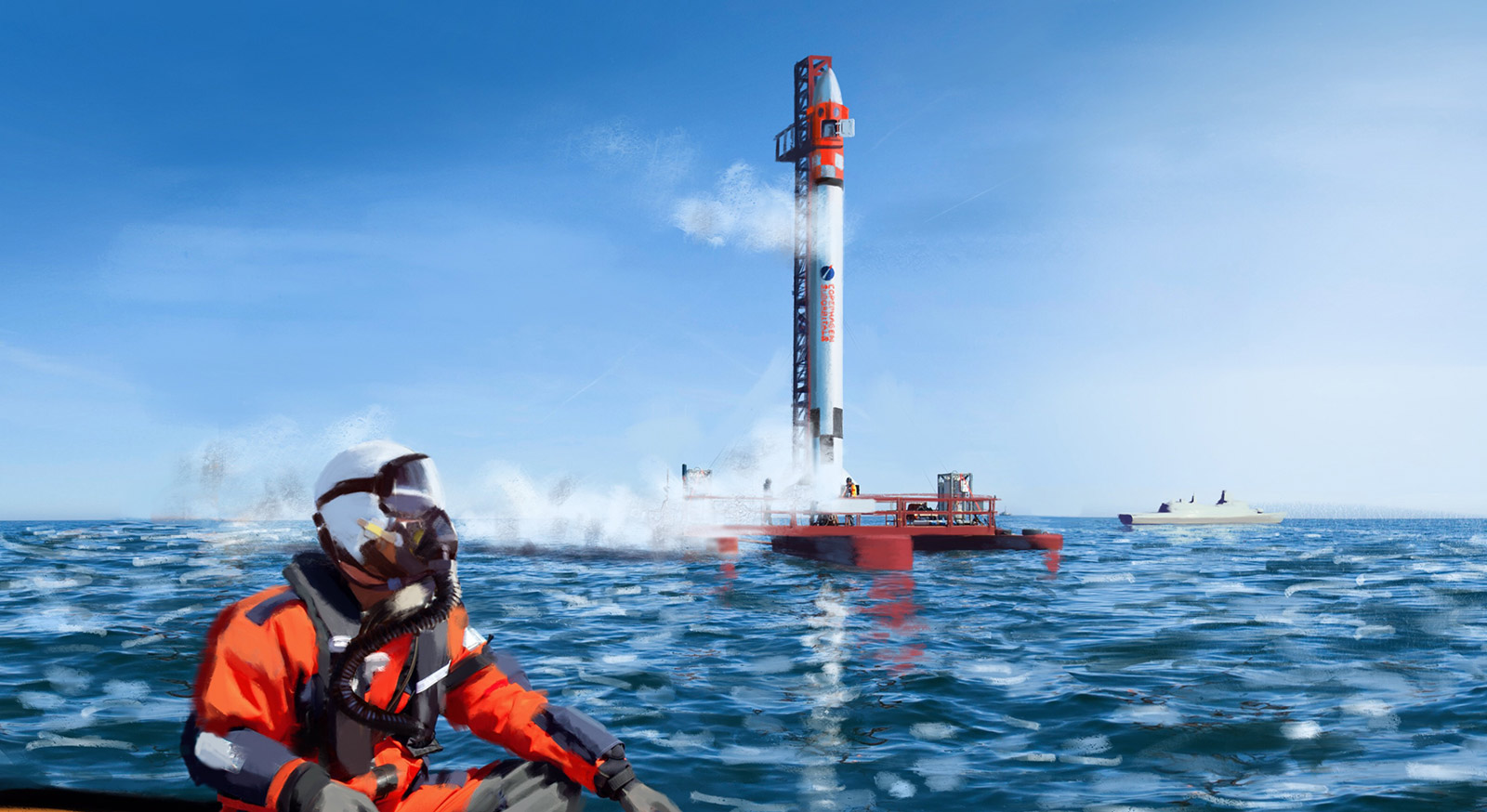 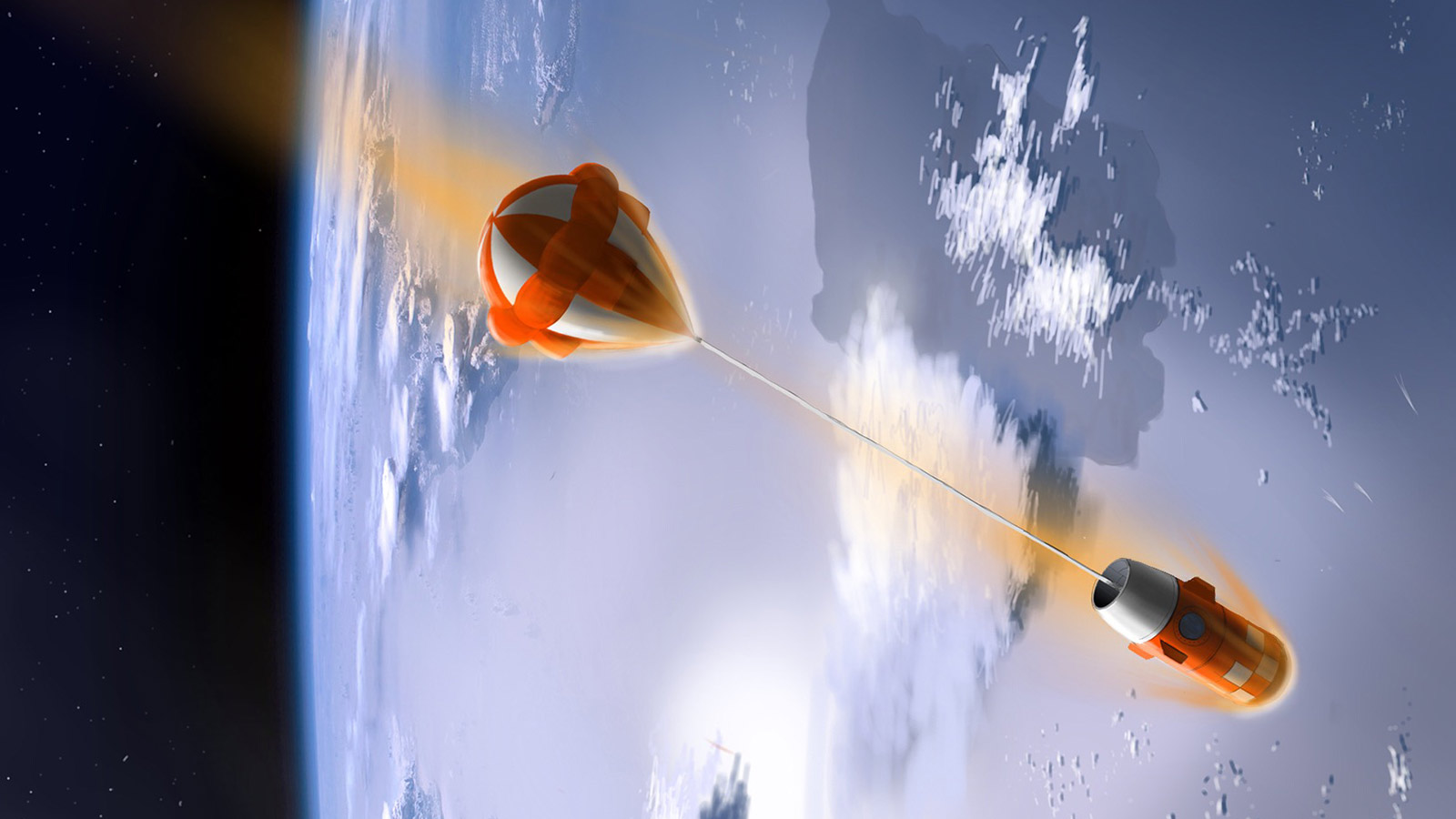 At this point we still have a long and very exciting road ahead of us to reach this goal. As the only amateur based manned space flight program in the World we encourage you to join our effort and become a Copenhagen Suborbitals Supporter. Your support is our rocket fuel and is greatly appreciated!