As you probably remember, our BPM5 engine uses a relatively simple injector technology. Simple in the way that it is a cylindrical disc with a whole lot of holes in which leads fuel and LOX into the chamber. 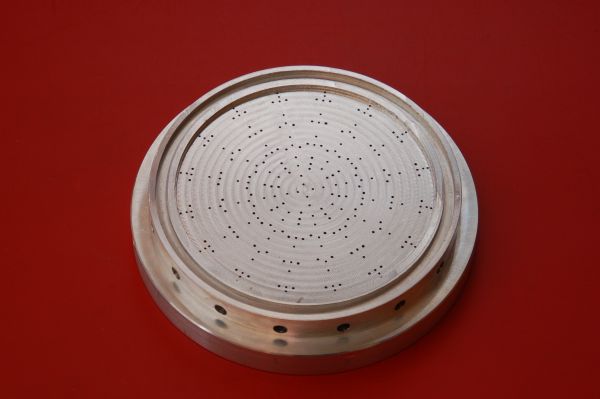 Making it requires a 5-axis CNC mill and it caused us a lot of problems in the BPM5 process to access such a machine. With its 20 times higher propellant consumption, a similar injector for BPM100 will actually become a bit of a challenge to manufacture, so we would like to try something a little different. Something that might be made easier, we will therefore try to make an injector based on co-axial swirlers.

And what is a swirler then? Let’s start with a good illustration of a simplex swirler I stumbled upon the other day on television, more specifically in « Christmas with Timm, Markus and Katrine » on Danish DR1. Here, Markus Grigo has to empty a bottle of wine into a pot and to make it go a little faster, he rotates the bottle so that the liquid rotates inside the bottle. The result is a higher flow rate and that the liquid leaves the opening out along the rim and creates a fluid-free zone in the center where air can come the opposite way. A trick many probably know, and the rotating motion of the liquid is the core of a swirler injector. 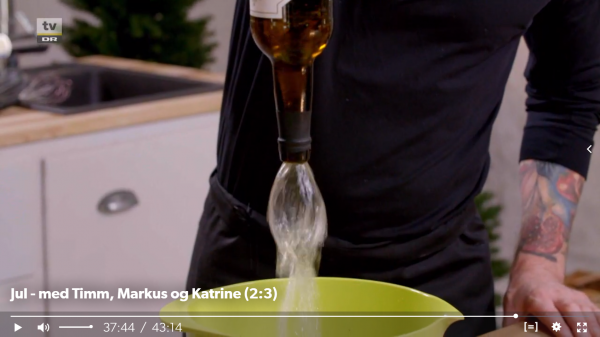 Markus Grigo illustrates the principle of a swirler. Photo: DR.

In Markus’ example, the flow rate is not so high, it is seen that the flow is not fully developed as one would want it in a rocket engine. With increasing pressure, in an injector one can get the liquid’s speed up and drastically change how the liquid leaves the opening, which is illustrated excellently in the figure below. With high enough pressure, it is seen how the liquid film forms a cone surface which breaks up into tiny droplets. That is what we want in a rocket engine. 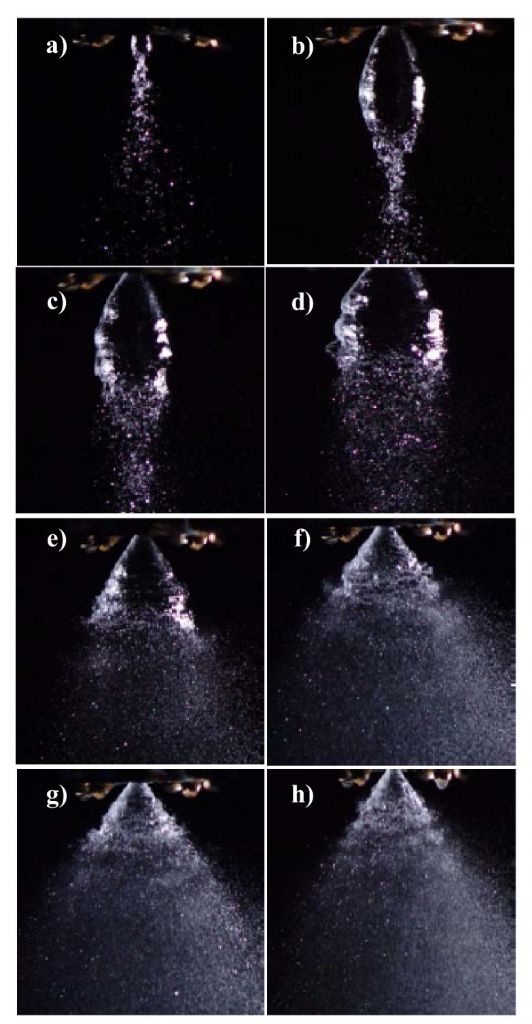 Flow development with increasing pressure for a simplex swirler. From [1].

Markus’ demonstration and the second series of images are made with only one liquid flow, in a liquid-propellant rocket engine we naturally have two fluid streams. And here it gets really beautiful. In a coaxial swirler, we have two fluid streams that both leave the injector as a thin film that each spans a cone. With the correct geometry, it aligns so that the two conical surfaces collide and creates one cone surface that breaks up into tiny liquid droplets, as seen in the illustration below. 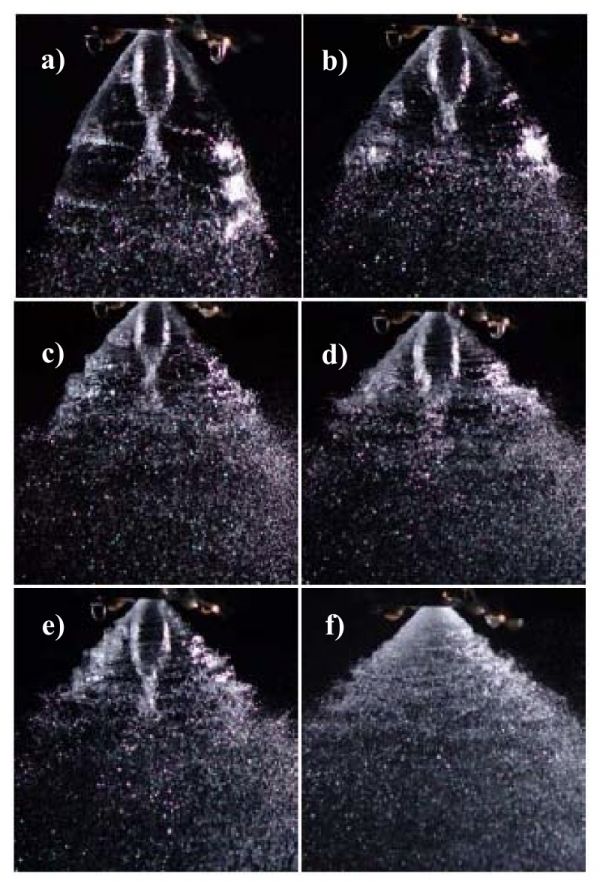 Flow from a coax swirler. It is clearly seen in the first pictures that there are two liquid flows, but at the correct pressure and geometry they collide with one liquid flow. From [1].

It will require some experimentation to get the correct geometry and pressure correct, so the plan is to make a small setup where we can test different injector elements. Both so that we can visually see how the fluid flows out, but of course also so that we can measure flow as a function of pressure. This is something we immediately put into action, and I hope we can get started with measurements in late February.

Our version of a co-ax swirler element could end up looking like below. The element consists of three parts; the outer element, the inner element and the inner element lid. As can be seen, all subjects are quite simple in their geometry and will be quick to make on a lathe, except for the holes to be drilled into the sides. The immediate thought is that the three parts are made of brass or copper and are silver soldered together.

In our configuration the inner element will deliver LOX and the outer element will be fuel. The inner element is fed from the top while the outer element is fed from the side. The mass flow depends primarily on the entry holes. In any case, it is customary to control the pressure drop via the cross-sectional area of ​​the entrance holes, i.e. the holes in the sides. And it is the size of these that we have to play with in our upcoming test series.

But how do these swirlers integrate into a single injector? It is easiest to show with an illustration, so I have made a rough model of a possible injector configuration below. As can be seen, the injector is divided into two layers. A layer where fuel flows from the cooling jacket and is distributed in the outer part of the injectors and then a layer that distributes LOX to the inner part of the injectors. It is seen that it is all made up from a number of plasma-cut plates (hence our plasma cutting project) and then a solid amount of black smithing and welding.

In this configuration, there are a total of 135 swirlers. But, as I said, it will depend on the coming experiments to clarify the final number and their location. In any case, many elements must be made, and that is why it is essential that their geometry is as simple as possible. It opens up for the possibility of cheap mass production if we can find someone with a CNC lathe. Alternatively, we must go full throttle on our own lathe.