Dear readers,
It is with great pleasure that I can inform you that we will test our scale model of the space capsule for the first Danish amateur astronaut very soon. The test will be held at Copenhagen Air Experience, who will again be hosting a very important test 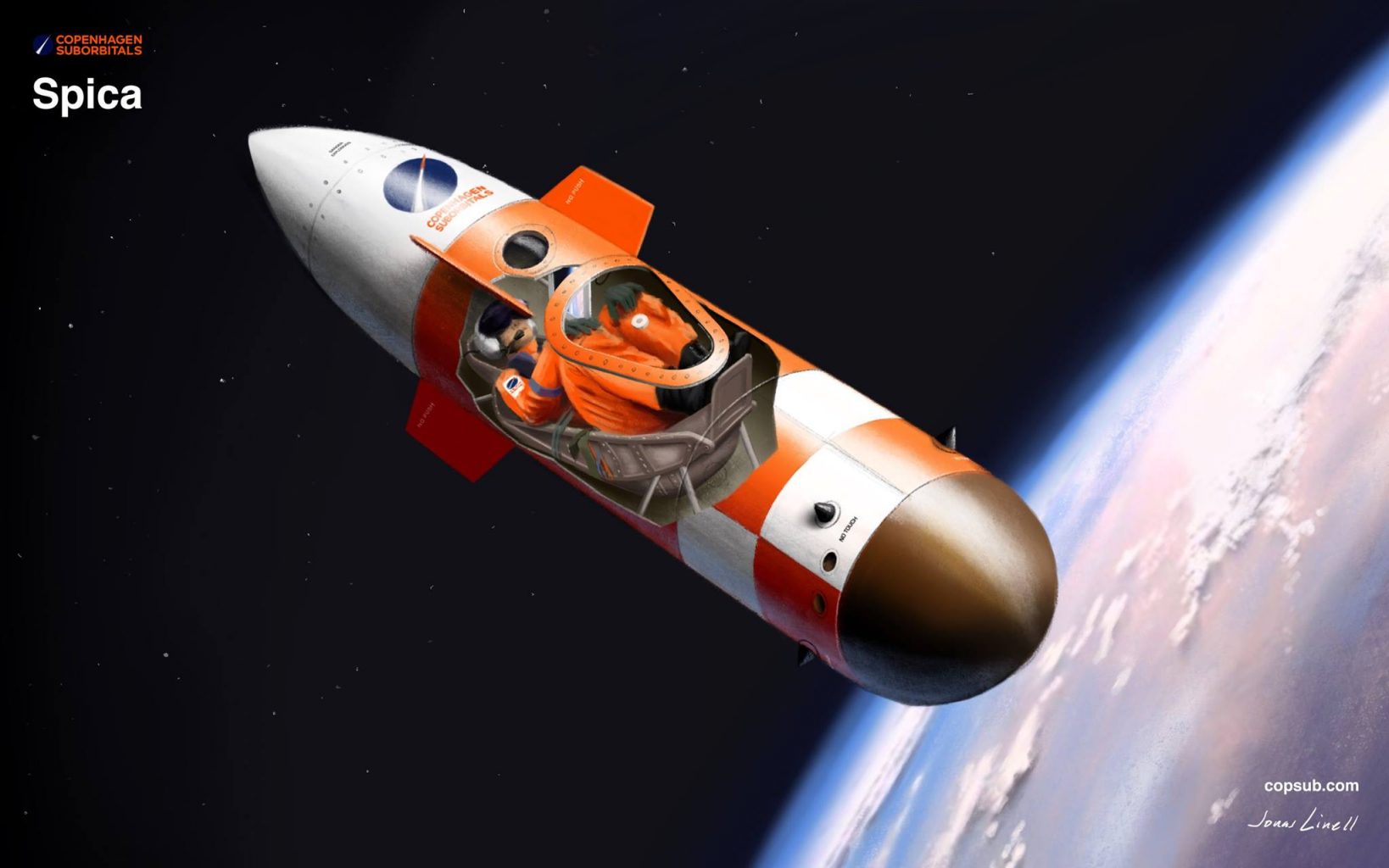 What we will be testing

There are four main test topics:

We aim at determining the following during the main test topics:

The space capsule without ballute

It is desired that the space capsule should be aerodynamically stable in the event of a ballute deployment malfunction. As a consequence, the capsule has been designed with four fins at the top to provide stabilisation. We will test stability as a result of varying size of these top fins.

The space capsule with ballute

On a nominal flight, it is expected to have the capsule descend through the atmosphere with a ballute trailing above the capsule. The placement of the attach point for the ballute on the capsule is important. We will test several different attach points and evaluate the resulting behaviour of the capsule.

As indicated above, a situation where the ballute fails to deploy, or is otherwise lost, can occur. We want to incorporate a method for deployment of the main parachute, should any of the mentioned situations occur. This has led me to investigate the feasibility of a small backup ballute deployed by a spring, to initiate deployment of the main parachute. 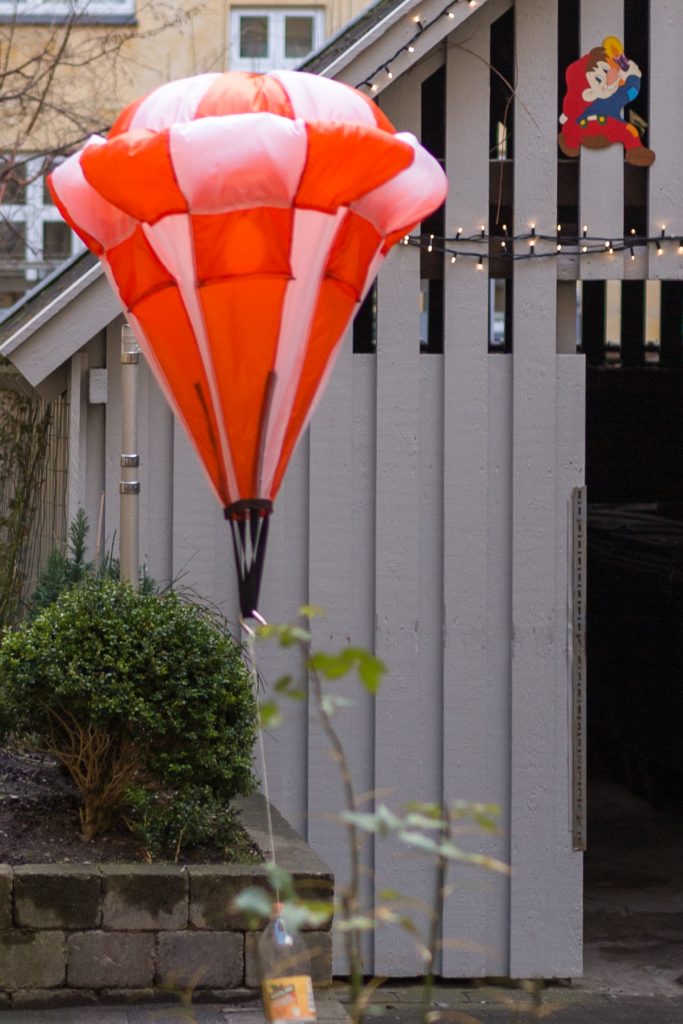 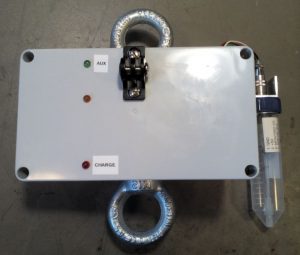 A combined pull-force and wind speed measuring device, made by intern Thomas Giraud-Saveur, is being put into service during the tests.

The combined pull force and wind speed instrument. You may feel tempted to write « Set SCE to AUX ».
The instrument is connected to a PC via cable or bluetooth link. The latter enables us to perform the test without having personnel in the wind tunnel during the test. This should give us better accuracy, because of less obstacles to disturb the airflow.

We have tested the ballute for Nexø I in the wind tunnel earlier. 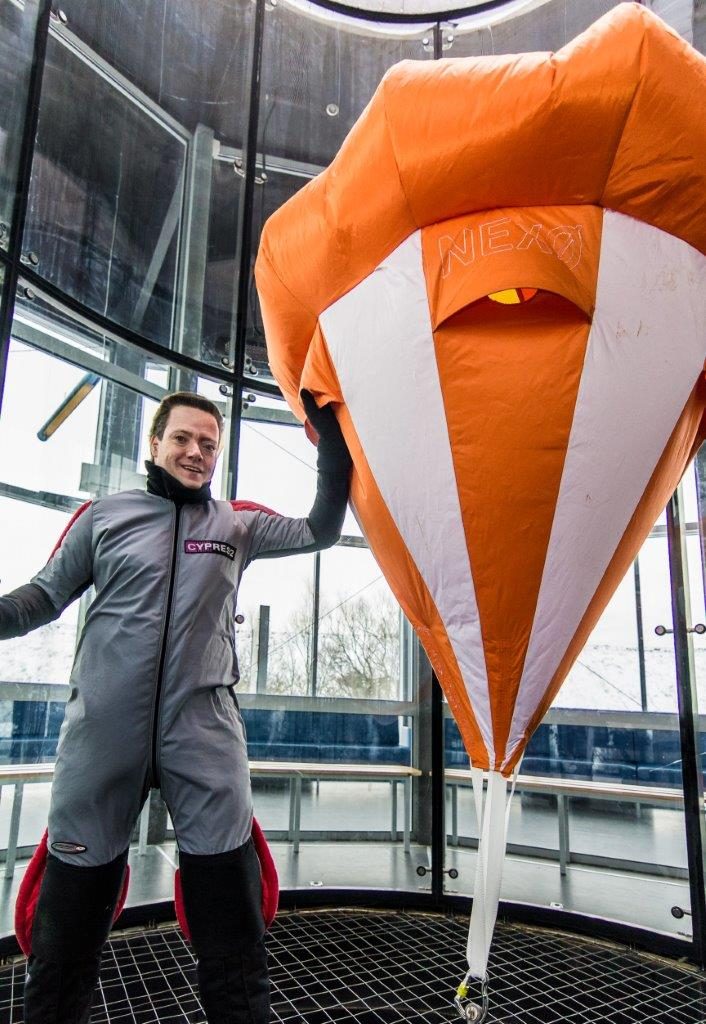 The ballute for Nexø I during testing in the wind tunnel. Photo: Jev Olsen.

But the Nexø II ballute has not been tested yet. As mentioned above, we have acquired a new, faster, and more accurate means of measuring since testing the Nexø I ballute. Because of this we will run both ballutes through a 0% – 100% wind speed test in the tunnel, to obtain two sets of comparable data.

That we are standing on the shoulders of giants is no secret.
The testing of the aerodynamic stability of the space capsule, with and without a ballute, is heavily inspired by the Mercury project, which faced the same challenges. The tests we will perform will not differ much from the tests performed then:

Exclusive invitation to our support group

We have mailed a newsletter to our faithful support group. The newsletter included the following paragraph:

This is what it looked like last time we tested a space capsule in the wind tunnel.

We have been allowed to invite 15 guests, and that should of course benefit those of you who donate money to us on a regular basis.
Please send an email to support@copsub.com if you have the time and want to attend the test of the space capsule model where you include « wind tunnel » in the subject line. Please also include your name and member ID, if you have it.
On Thursday, February 2nd, we’ll draw 15 lucky winners, and the winners will then be announced.
Danish television (TV2) has told us that they will cover the test, so let us show them that manned amateur space flight is a people’s sport!
We are looking forward to seeing you

Two weeks after the wind tunnel test we will perform yet another test, to investigate how the capsule behaves in the seconds before the astronaut is expected to egress the hatch. In week 8 we will test how the space capsule behaves at splash down. For this purpose, we have designed another (waterproof) gizmo, which will measure the forces the space capsule is subjected to when landing in water. 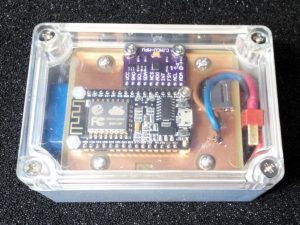 So, we are going full throttle towards having the foundations in place, to be able to start building the first full size space capsule for the Spica missions.