Tycho Deep Space (TDS), nicknamed Beautiful Betty, was the 2nd generation prototype space capsule made at CS. Along with the growth of the entire organization it has become possible to build and launch rockets bigger than initially anticipated. This in turn allows us to design a more traditional space capsule and thus the shape of TDS resembles that of the Apollo command module. An exploded view of the structure is seen below. The main structure is built in steel. 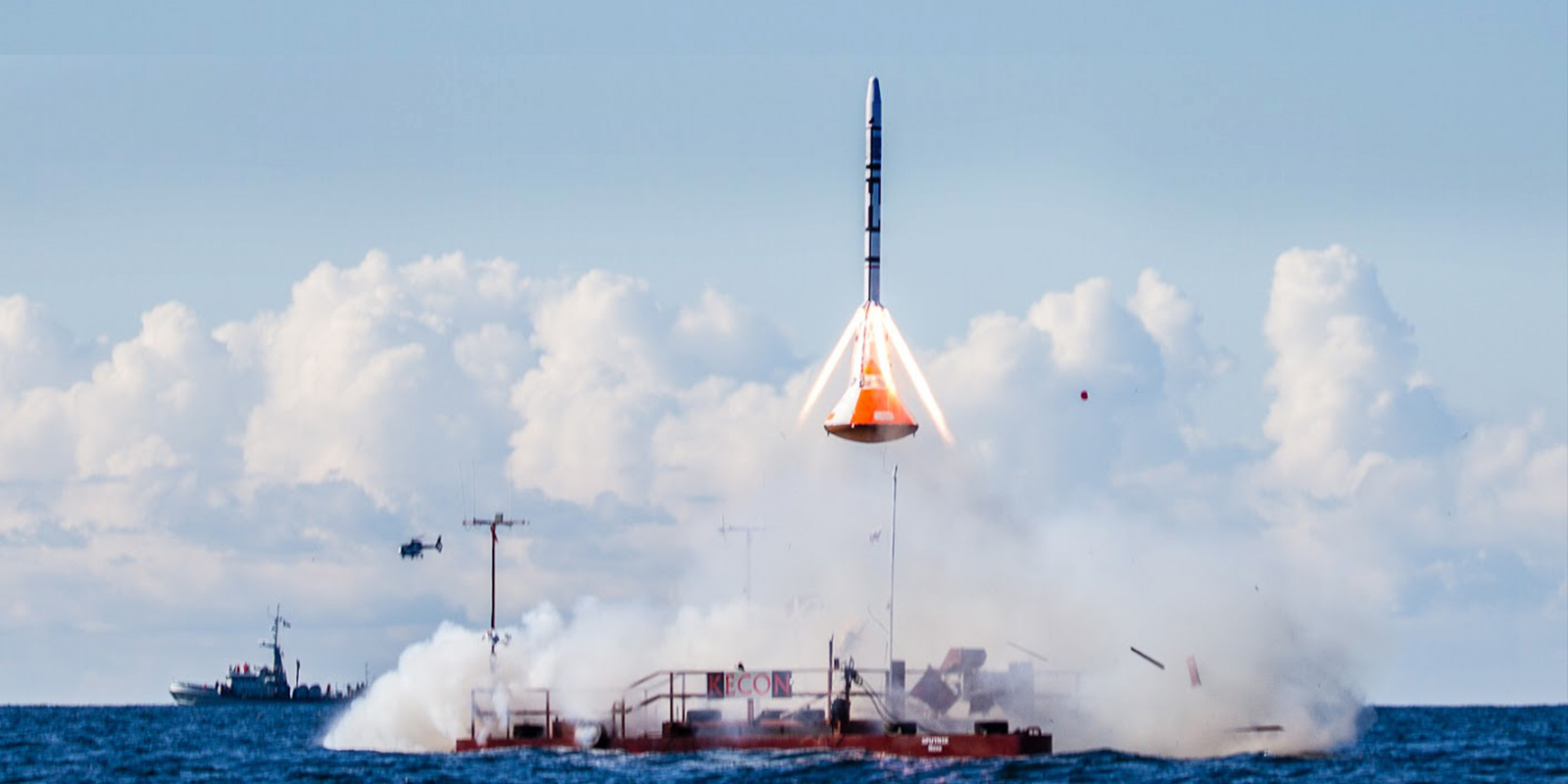 To test a Launch Escape System (LES) together with a space capsule, and all the necessary subsystems from initial engine start to landing under a set of parachutes. 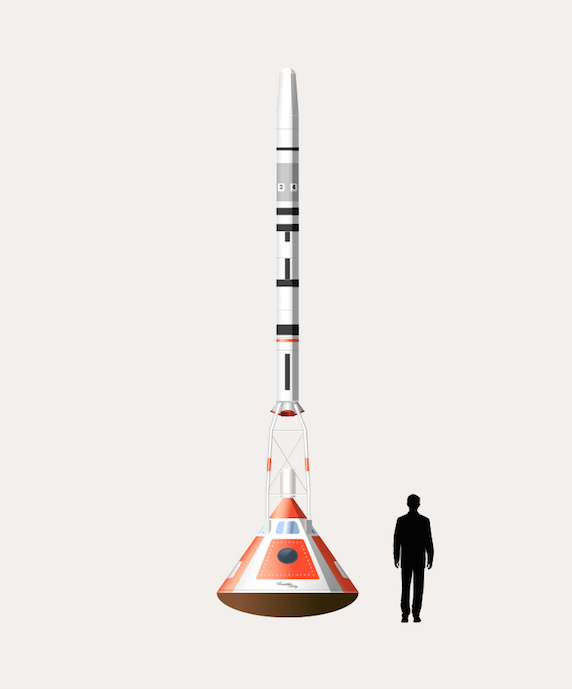 TDS has undergone several important tests as part of our efforts to develop a working space capsule that can provide life support for a single astronaut on a +100 km suborbital space flight. The last test performed with TDS was a combined Launch Escape System and parachute test. During this test TDS suffered a hard landing and substantial damage andhas now been retired.

The capsule is equipped with a Launch Escape System which essentially is a rocket stage placed on top of the capsule. In case of severe problems during launch this LES system will engage, ignite the LES rocket engine and pull the capsule and astronaut away from danger. Such a LES is also found on top of the Apollo command module. The LES itself must undergo rigorous testing to evaluate its performance, thus the combined LES/TDS system was testfired from launch platform Sputnik. This also gives a unique possibility of testing the parachute system on the way down. The plan for the experiment is sketched below.

The test was performed on August 12th 2012 in the Baltic Sea 30 km off the coast of Bornholm. All check-out procedures went smoothly and at approximately 9:15 AM local time, Beautiful Betty was launched. It went straight up but began to tumble and made a nice 360-degree loop. The LES tower separated down toward the water and the drogue and main parachutes were released, but Betty hit the water hard with its main parachutes not fully deployed. In short, all systems worked but the tumbling ate our potential energy and altitude for full main parachute deployment.

From what we can tell, all flight systems worked fine except deploying the uprighting bags, which we could not activate by radio after high-impact splash down. We were not allowed to separate the LES tower until it finished burning — or else it could fly somewhere outside the range safety area. When commanded, the separation took place and all explosive bolts worked and the tractor engine fired.

Right after the drogue was released, the capsule top-part descended slowly toward the ocean using a tiny parachute. Since there was no time to get Betty stabilized using the drogue, we had to release the main parachutes, which worked fine as well. The bags were simultaneously pulled by the drogue but the tumbling of Betty seemed to have some kind of effect on the synchronous deployment of the parachutes. One parachute was almost deployed completely. The rest barely made it outside the bags. The flight is summarized in the montage below.

After flight both the LES engine and TDS where recovered by CS recovery crew and the crew of Naval Home Guard vessel MHV 903 Hjotø.

Designing, building and flying TDS with the LES system has taught us an enormous amount of things on practical capsule and system design. TDS is now retired.