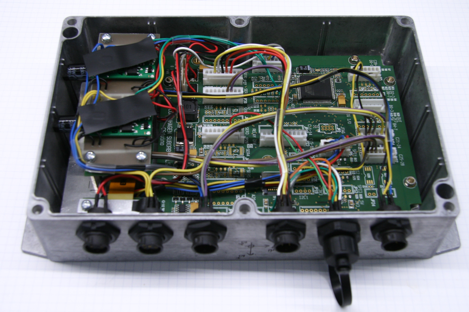 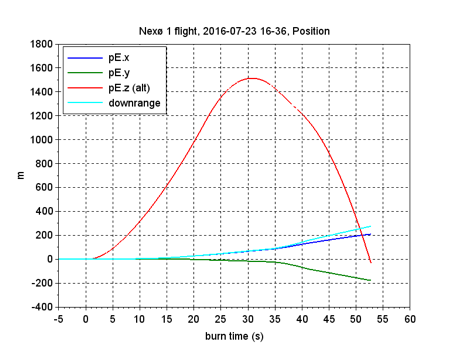 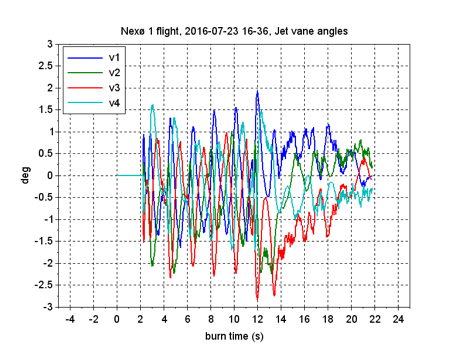 In the graph “Nexo I position vs. time”, where does the light-blue line downrange stand for?

Hello Arend,
Downrange is the horizontal distance from Sputnik (vector sum of pE.x and pE.y).

Why was it necessary to shift launching position just before take-off?
Is the current in the Baltic Sea so strong?

Hello Arend,
We let Sputnik drift with the current most of the time, and my impression from the radio communication was that they started and moved it, to ensure it remained close to the center of the ESD 139 naval training area booked for the launch.

can’t you implement something like a “free fall detector” as a “hardcoded” parachute deploy signal? not electronical but mechanical?

something like a tube with some mercury in it that is at the bottom of the tube connecting two contacts, if there is upward accelleration. And when the apogee is reached and the rocket falls down, the mercury comes off the contacts?

or some gyroscope-wheel-attached something, that allways gets pulled down by earth’s gravity (or upward accelleration) and detects, if the angle of the surrounding rocket is too far off and triggers a mechanical deploy signal?

Hello saxman,
We probably could, but actually no electronics failed. The detection criteria were unsuitable for the unexpected flight path, but can be changed to handle a scenario like this.
Regards, FlemmingF

I love the work being done here, shame the avionics could not be recovered. Looks like you still got plenty of data though.
Speaking of avionics ever since sapphire you guys have been using little spiky antennas. I keep looking for something like it around the web but I can’t seem to find anything.
Do you make the antenna yourself?
Or is there somewhere I might find one?
Just Curious