We’re all very excited and we study the weather forecasts thoroughly. At the moment it’s only the weather that really can stop us. We are so ready to see Nexø II fly.

The rocket is ready. It has been so for a long time. The leaks in the DPR system, which we found at during a test in the spring, are minimized to an acceptable level. It would require a larger disassembly of the rocket and a replacement of a valve to remove the leaks completely. We have assessed the leaks and calculated that it’s not worth it, we can easily fly in the current condition. The software onboard the rocket has been updated, and all systems have been thoroughly tested, both in the workshop and on-board Sputnik, at the dock and in Øresund. The final step will be to pack the parachute and ballute and then mount the nosecone in a few days, and then the Nexø II rocket is ready. 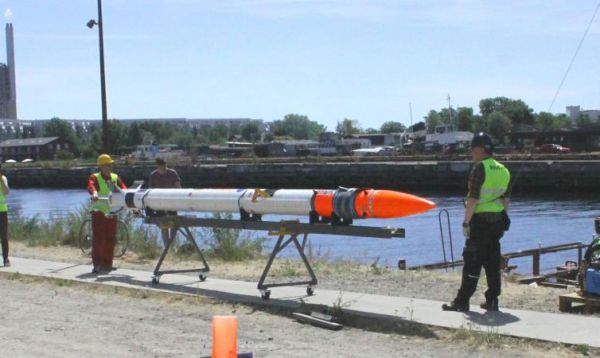 Sputnik is ready. It has got new anodes on both hulls, we’ve changed oil and filters on the engines. In the spring the tower was dismounted and brought to the workshop to adjust the launch rail and to paint it. Finally we have replaced the worn-out batteries, which amongst other supplies the launch platform computer and the rocket with power. 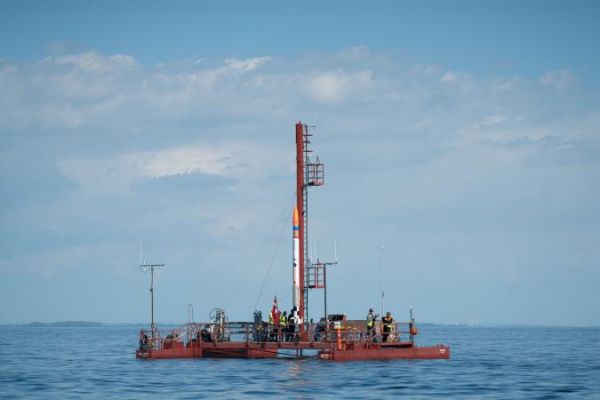 Bolette Munkholm is ready. It will be Bolette’s first rocket launch and we look forward to the luxurious upgrade she is compared to Vostok. There is more room for people on board, and there’s both a galley and a bath. And, not least, bunks for a lot. Since we took over Bolette Munkholm, we have worked to convert her to a fantastic mission control ship and when we did the Sea Acceptance Test a month ago, it seemed like we’ve been successful. In addition to mission control, Bolette will also be used to monitor the area for ​​foreign ships and be the command central of all our ships. Via the wifi antenna at the top of the mast, Bolette also acts as the connection to land for the live streaming. There are a lot of systems on board that needs to work at the same time. We have also tested this, most recently at a long-distance test last week, where we sailed almost all the way to Helsingør. We had excellent wifi connection to the antenna on Refshaleøen all the way. The longest distance we reached was 32 km. 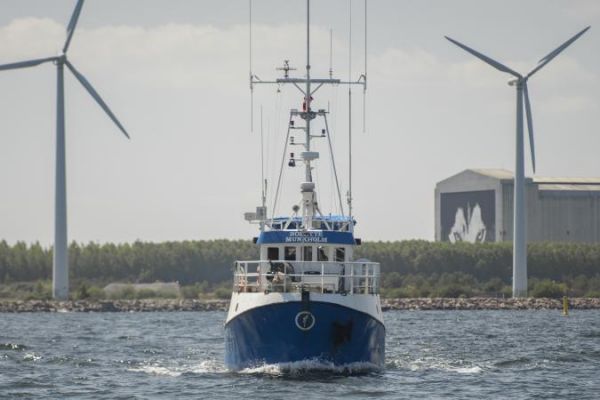 The RIB boats are ready. DSC-Rib, which we got from Danish Space Challenge, unfortunately had a breakdown a couple of weeks ago. A pipe for the oil cooler broke and leaked engine oil all over the engine room. So, Sputnik had to drag DSC-rib back to land. The pipe has been replaced, new oil has been added and the engine doesn’t seem to have been damaged. At the same time, an AIS receiver and chartplotter has been installed. So, DSC rib is ready. Blue rib belonging to Flemming is on its trailer and ready. This year we’re bringing another small boat. We have chosen to call the White Rib on the radio even though it is not a rib boat but a nice white fiberglass boat. It will be included in the fleet as a rejection boat. That is, the boat that sails out to any foreign ships coming into the launch area and warns them that we’re are launching a rocket. White rib is kindly lent to us by one of our close friends. White rib is also ready.

Little-rib is also ready. It’s the little boat that is placed on the back of Bolette. It’s not really a real rib, but it would really like to be. It has been serviced and its gear has been repaired. Little-rib is too small for the long trips out in the area. But we will use it to move people and gear between Sputnik and Bolette as well as photo boat. 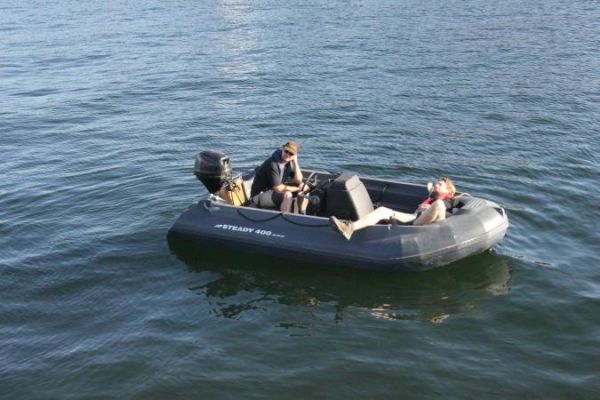 The plane is ready. We also have flight support this year. It is a sports plane built for parachuting. In addition to being used to take pictures and video from the air, the plane is also part of our area monitoring. The pilot Thomas has announced that he is ready.

Streamteam is ready. Almost. During last week’s long distance test we had also set up all our cameras and stream servers on Bolette. Unfortunately, it happened that the air conditioning unit we installed to keep the servers cold had a defective condensation pump. So instead of the condensation water being pumped out, it dripped right into one of the servers. It also meant that there was no more testing of the stream setup that day. Fortunately, it has been possible to salvage the server so that we can stream live from the launch. We therefore perform a new test of stream equipment this Sunday. Once done, Streamteam is also ready. We will of course move the servers away from the air conditioner, so the accident will not happen again. Streamteam has been working hectic in recent months to put together a good show, with live interviews from the Baltic, students in the studio, video clips, graphics and of course live pictures from the launch. All can be followed on the launch date here on our website. Look forward to seeing it.

Recovery procedure is ready. When we got Bolette, we also needed to find a new way to pull the rocket out of the water after it has landed. It will happen with the crane on the rear deck of Bolette Munkholm. To practice the recovery, we have built a wooden model of Nexø II that we have lifted up and down using the crane. So that part is also ready. 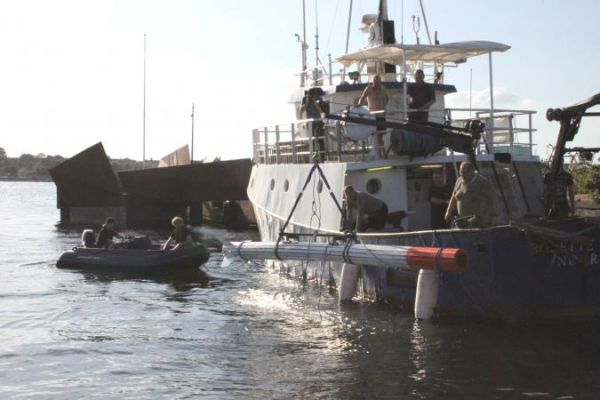 The parachute is ready. Our parachute department has not been very successful in getting the rockets safely down. Mads has promised that this time it will be different. It should be said that it has not been the parachute department’s fault that they have not been successful before, but due to other unfortunate circumstances. At least Mads has sewn and tested and sewn and tested again on both parachute and ballute. We are looking forward to seeing it all unfold. In the rocket there is a camera facing upwards filming the unfolding of the parachute. 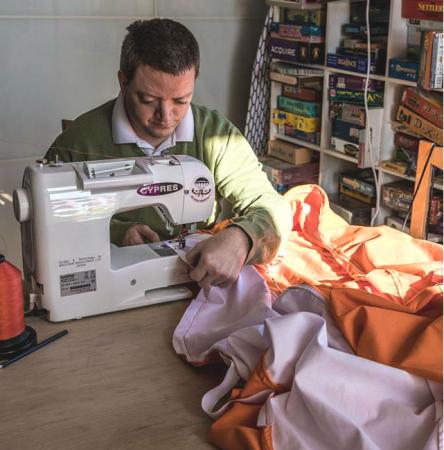 The only thing we are uncertain about is the weather. The weather forecast looks good for now, but after all, the forecast can change a few times over a week.

On Monday we will make the final decision if we and the weather are Go for the coming week. The entire fleet will depart on Wendesday if it turns out positives. Bolette at the front towing Sputnik and the DSC rib. When we arrive at Nexø Harbor, Thursday, we will spend a couple of days preparing everything. On Saturday we will sail 16 nautical miles into the Baltic Sea and count down from ten.

So, if everything goes well, we will see Nexø II liftoff next Saturday and fly up to 12-15 km altitude and descent slowly below an orange parachute. 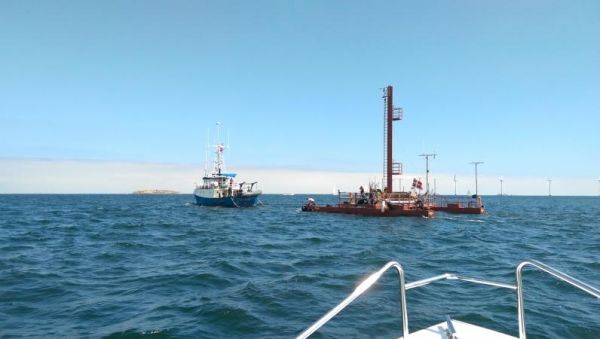 been there .good times.

May the force be with you! Big Bang Beers relies on you to bring our yeast closest to the stars! 🙂