Translated from a blog in danish, written by Jesper Rosendal.

A couple of weeks ago we held a debriefing event in our workshop. We went through a detailed analysis of the launch of Nexø I, and we told about what went well, what went wrong, what we learned and what we need to improve and do better. Around 50 guests visited at Refshale island that Sunday. Thank you very much for attending. It’s always nice to meet and talk to our Copenhagen Suborbital supporters. 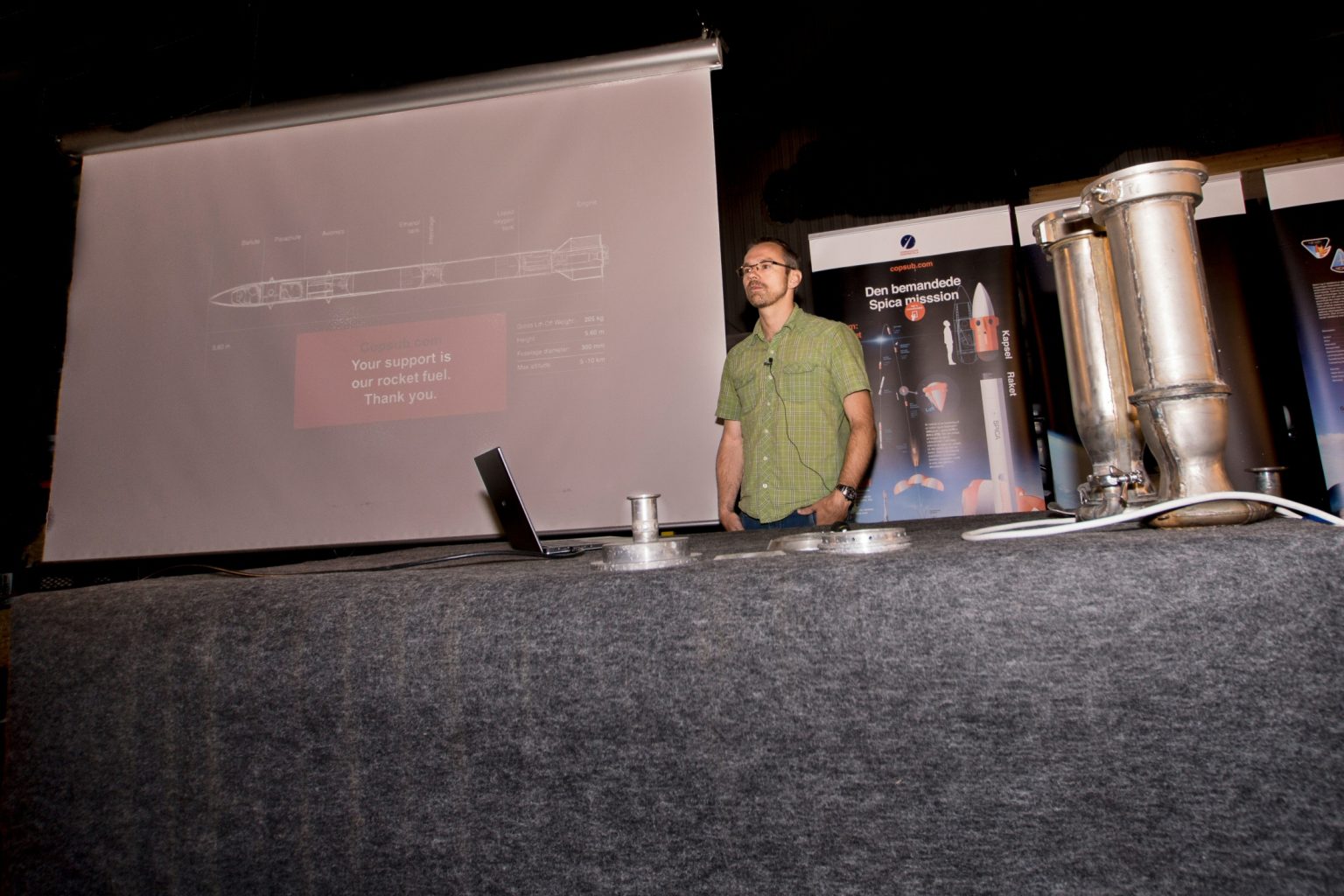 Those who were not able to attend shouldn’t feel left out, as we filmed all sessions, and will publish the video at a later time. Carsten, who is editing the video material, just started on a new job. This limits the spare time he has available to edit the footage, prolonging the process somewhat. We hope you will show patience while waiting for the finished video.

The next rocket to be launched above the Baltic Sea will be Nexø II. We are already into the build process, and anticipate to have completed the rocket in time for a May campaign, just as the weather conditions becomes acceptable for launch.
When we had parts fabricated for Nexø I, we ordered two complete sets. This means that major parts of Nexø II are already preassembled. There are however still some parts that needs to be fabricated during fall.
The main difference from Nexø I to Nexø II will be the DPR module (Dynamic Pressure Regulation). We are presently procuring a suitable high pressure tank for the DPR module, and several bids are being investigated. Once the right tank has been obtained, the module’s design will be completed around it. 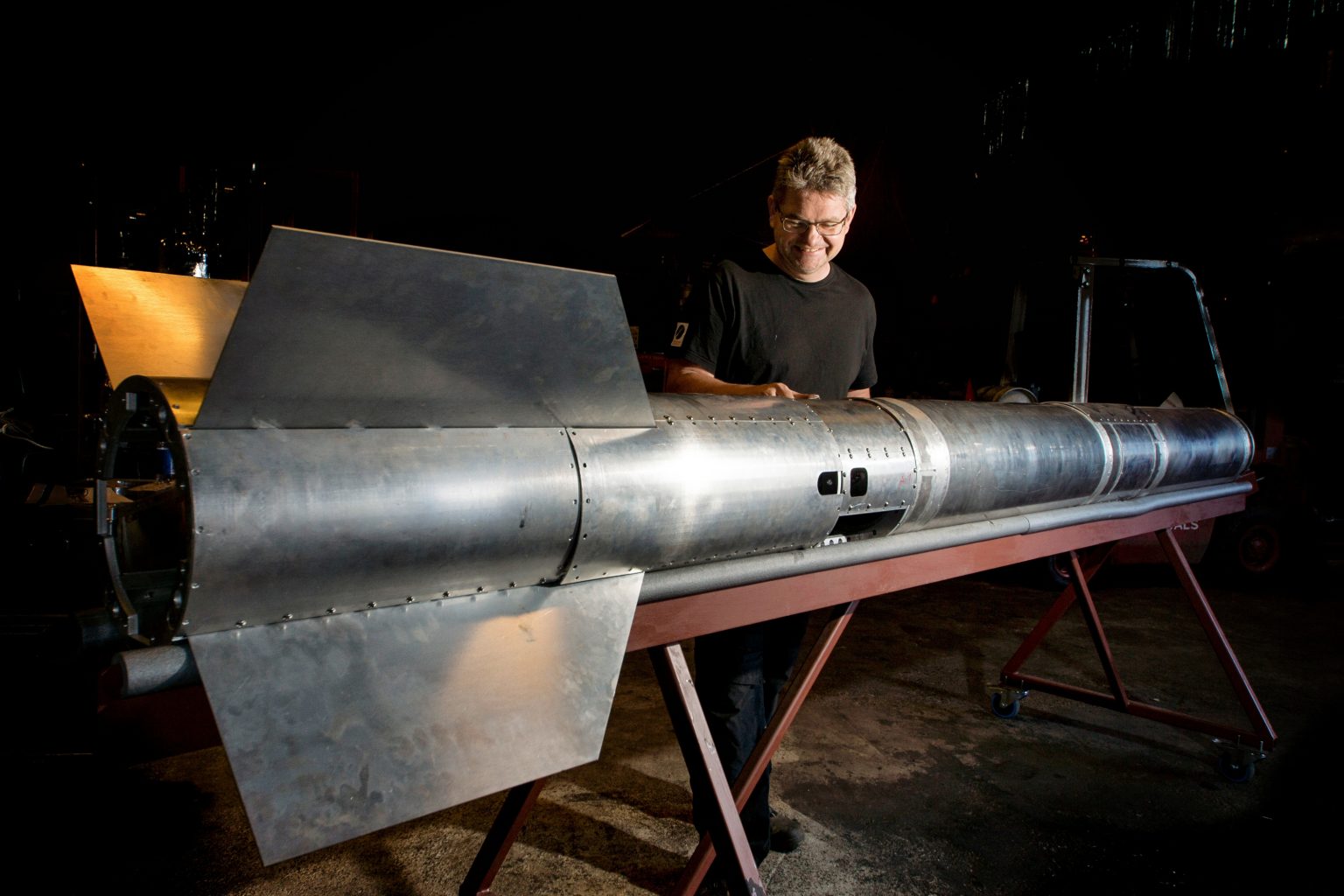 One of the major issues of the Nexø I launch was the fact that the LOX was much warmer than it should be. This was partly due to the cooling effect of degassing being inhibited by the impaired performance of the vent valve, and also due to the very nice sunny weather, heating the LOX tank from the outside.
We did manufacture an insulating mantle of polystyrene foam, but during cold flow test it was found that the mantle was stuck on the tank because af ice forming between tank and mantle. We didn’t dare risk this happening at launch, so we decided to omit the mantle.
The launch showed us that LOX tank insulation is needed for Nexø II. Which is why we are presently working on a solution that will provide efficient insulation without getting stuck on the tank’s outer wall.
Nexø I was a rather heavy rocket compared to its size and engine thrust. Even if it wasn’t a problem for Nexø I to lift off the ramp, we would like to try changing the weight to thrust ratio and trim Nexø II a bit.
To lighten Nexø II (apart from the additional DPR module), we are considering exchanging some of the aluminium parts with carbon fibre parts, namely outer shell panels and fins. We are communicating with a company specialising in building carbon fibre parts who has shown an interest in helping us.
Our calculations show that we can expect to raise apogee by 140 meter for each kilogram of reduced weight. Maybe not much compared to the 15 km goal, but every meter count.

We have left our fleet of ships in Nexø harbour. But we have not abandoned them. One of our local members is keeping a watchful eye on them.
The reason for keeping the ships in Nexø instead of returning them to Copenhagen is a wish and a need for having them lifted onto the slipway for maintenance and painting. Nexø harbour is well equipped in this regard, because of it being home to a large fishing fleet in the 1980’es. The harbour also has a shipyard, and friendly and helpful craftsmen.

Vostok can be lifted onto the slipway by the harbours ship elevator. Sputnik is another matter, as her 12 by 14 meter size prohibits using the ship elevator. She will have to be lifted by crane. But no mobile crane on Bornholm have the required lifting capacity, the main reason for Sputnik not visiting the slipway last winter. We are thus forced to determine if and when a visiting crane has time – and capacity – to lift Sputnik out of the water in the near future.
No matter what, a delegation of CS members will arrange weekend trips to Nexø in the forthcoming months, to do much needed ship maintenance.

Our dutch intern, Jop Nijenhuis, has developed a gimbal system, based on the BPM-5 engine and the Nexø support structure, during his time with CS. The system is hydraulic powered by parts designed by Jop in cooperation with the Bosch Rexroth company. The system looks very promising, and will be put through its paces in our test stand this fall. Whether we will fly a Nexø III rocket with a gimbal system remains to be decided upon. 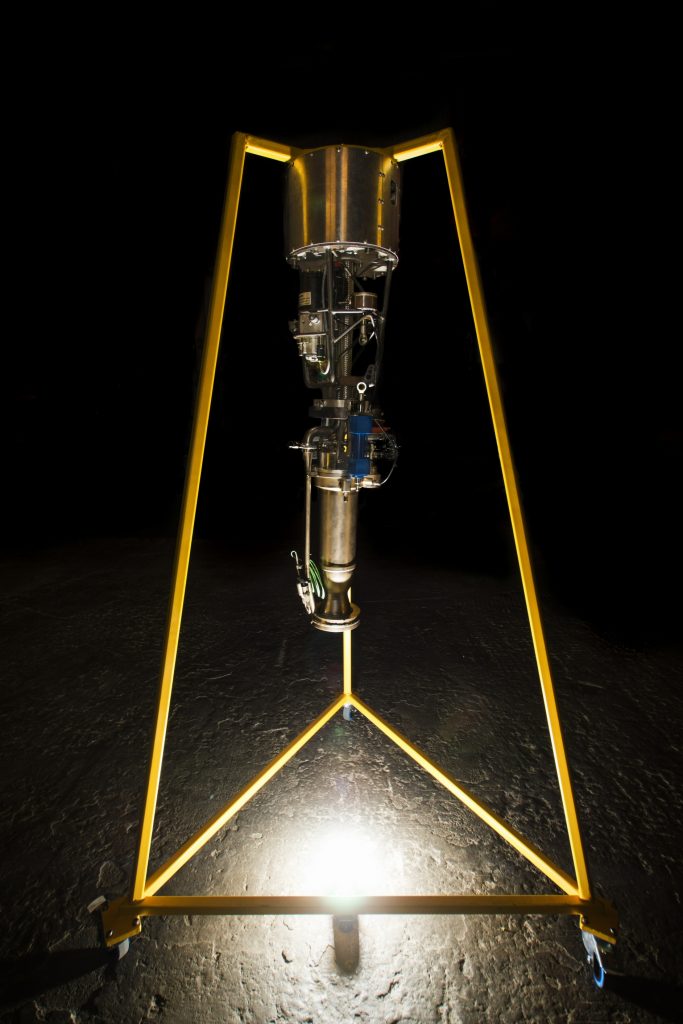 Jop has produced a small animation of the gimbal system:

The BPM-5 engine and the Nexø rocket both have a size suitable for testing different elements of a rocket launch. But as you know, our ultimate goal is to launch a human into space, and that isn’t doable with a nexø-sized rocket. Thus we need to scale up to a larger engine and larger rockets. Our engine group is busy doing calculations for a BPM-100 engine. Our goal is to have it ready for test next summer. This will require – apart from building the engine – that we find a suitable test site for a 100 kN rocket engine. 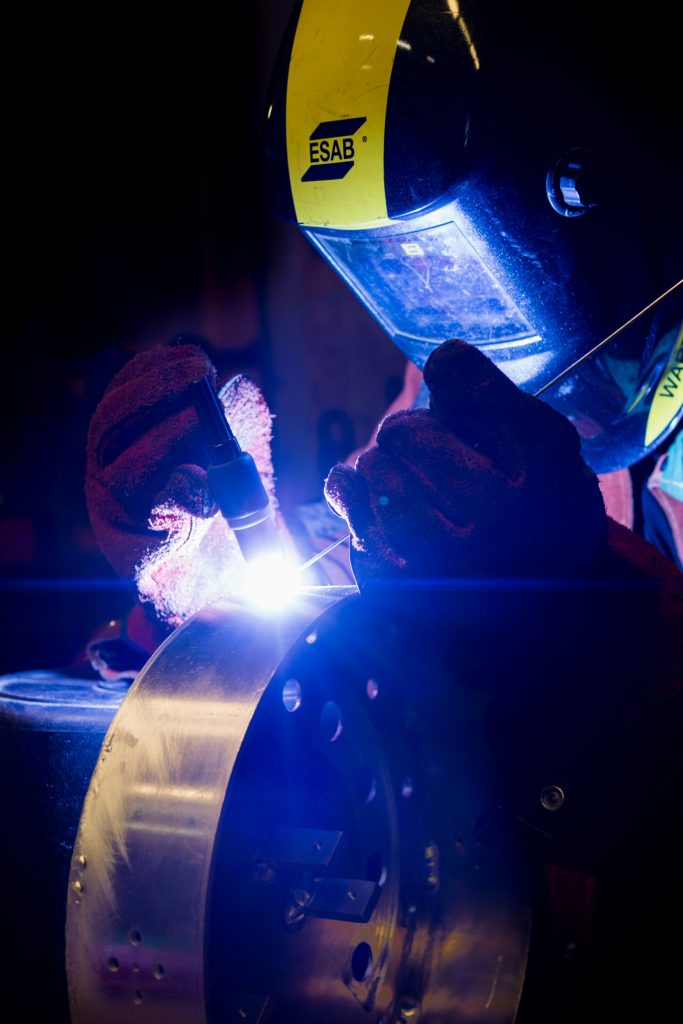 All this to tell you a bit about what is happening in the rocket shop right now. All of the above, and more, will be described in more detail on this blog in the forthcoming months.

The last thing to get a mention in this blog is a feature about Copenhagen Suborbitals, produced by german TV channel Pro7 for their science program, Galileo:

Great to hear you are still progressing with the project.

Have you considered using a cluster of bpm5 engines instead of a bpm100, you would avoid the development costs and test stand problem. Would several bpm5’s be less expensive than one big engine? What are the relative costs of the two?

Perhaps 3 cores each with 5/7/9? engines, DPR on the central core, and basic pressure fed boosters?

Yes it’s more complex, but now the bpm5 is developed, overall progress could be quicker.

AFAIK, rockets with multiple engines need to counter pogo oscillation, which is a harder problem than scaling up.

Clustering would be a really a good idea, but I think it is difficult.
The mass ratio is unfavorable with so many engines. There were other attempts for that: N1 of the Russians with 30 engines in the first stage or the cluster principle of ORTRAG.
Surely, it is easier to cope with a loss of one in a large number of engines, but the probability of a failure and thus the risk value also rises accordingly. If one engine has a reliability of 99% (1 failure in 100 launches), a cluster of 20 only has a reliability of 80% (1 failure every 5 launches), one has achieved a reliability of only 90%, the cluster has with 20 engines only 12% (8 of 9 launches will fail)! In multistage rocket that looks slightly different.
However, CS sets on a single stage approach.
Apart from this, other arguments against this are, for example, the complexity of handling and valve technology or the control of the necessarily simultaneous ignitions and MICOs. Another argument against the clustering of so many engines is the cross section of the rocket stage, the adverse effect on the air resistance and thus on the efficiency of the stage.
There are also proponents of clustering (Elon Musk of Space-X).

I am currently watching the humans-to-mars mission presentation; 42 raptor engines, proponent of clustering might be an understatement 😛

A gimbal system sounds interesting. Would this use an open-loop pressure fed hydraulic system?
Also, how would a proposed Nexo III with a gimbal do roll control? With thrust vanes you get that automatically, but with a single engine you either need vernier engines, thrusters or actuated fins. Armadillo Aerospace found a cold gas thruster system worked well, but had trouble with getting roll fins to work.