The first part of the crew arrived in Nexø Thursday morning and immediately begun unpacking. Our ships, rocket, and other gear was of course already waiting and ready, as we had to delay the launch the previous week. During the day and Friday more crew arrived, meanwhile both rocket and ships were prepared for the launch.

During both Thursday and Friday, the weather- and water-forecasts were thoroughly scrutinised. It seemed that Saturday would be perfect in the morning, winds would be growing during the afternoon. It was decided that we would sail out and be ready for launch as early as possible, when our launch windows opened at 8 am. Sputnik raised anchor at 1 am, Bolette followed an hour later. As the smaller boats move at a vastly different speed, they were able to wait until around 5 am. 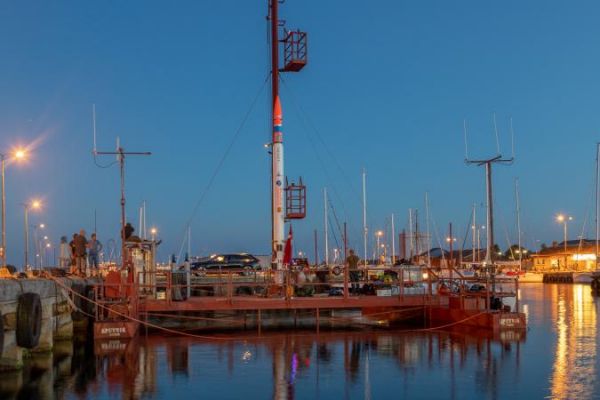 As we approached the area, a Polish fisherman came sailing from north. I thought he was on his way to a harbour with the haul of the night, but no. A couple of nautical miles south from us, he stopped up and begun setting his trawl… After several attempts to hail him over the radio, we sent a dinghy towards him. After showing all his papers, proving he was fishing legally, it dawned upon him that we were warning him of the impending launch. That message made him pack up his trawl and sail further south.

That was the only ship that inconvenienced our launch. That’s probably one of the upsides to launching so early.

As the sun begun to rise, we were getting both the launch pad and mission control ready. This meant that by 9.30 am, we had a rocket tanked and ready to launch. Sputnik got evacuated, countdown was initiated, and Nexø II lifted away from the launch pad and rose, trying hard to deafen the cheers from the excited crew on the ships. When it appeared underneath a parachute, a few minutes later, the cheers were definitely not lessened. 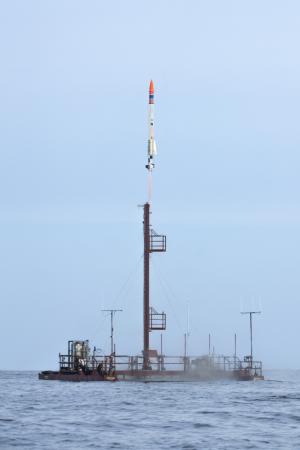 The parachute-department  was finally allowed to unfold. It was a beautiful sight to see the neat, white cloth descent slowly, with a rocket strapped to its underside. After watching the video of the unfolding parachute, Mads worked out that it didn’t happen exactly as planned. He’d rather tell more on that story himself, in a later blog. 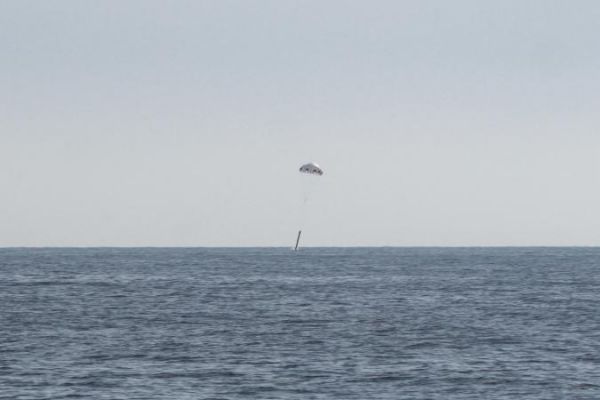 Thanks to the parachute, we fished a mostly undamaged rocket out of the Baltic Sea. It’s in such good condition that we’re investigating, if it’s able to undertake another flight. However, it’s likely that some of the electronics died while it was in the sea, so that’ll need replacing. At any rate, it would be great fun if another Nexø-launch is possible. We’ll see. 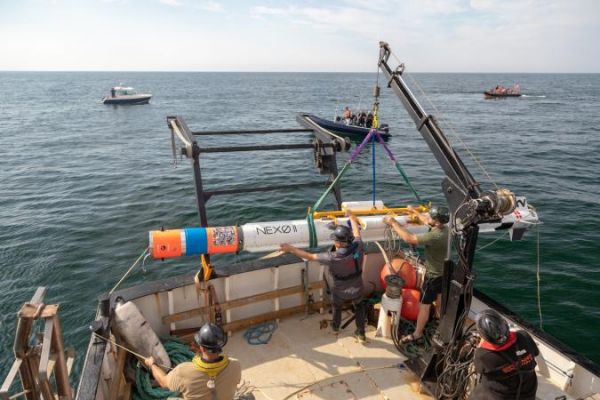 As we returned towards Nexø harbour the winds picked up and it was clear that we couldn’t sail the fleet to Copenhagen the following day, which we had anticipated. The weather forecast promised 14 m/s winds during Sunday. Bolette might’ve made it through but we needed to have Sputnik with us, and that wouldn’t have been possible in those winds and the resulting waves. This means that our ships are still anchored in Nexø harbour and we’ll get them home when the next opportunity arises.

It was a terrific weekend and we’re very excited that Nexø II flew as it was supposed to and landed underneath an expanded parachute. All systems onboard look to have functioned properly and we’ve collected a ton of data through our telemetry systems that we’ll need to grind through and analyse. And there’s plenty to grind through. I’ve heard that the resulting dataset contains more than 114 million matrix-entries. As soon as Thomas has ground through the results, I’m sure that he’ll share his findings on the blog. 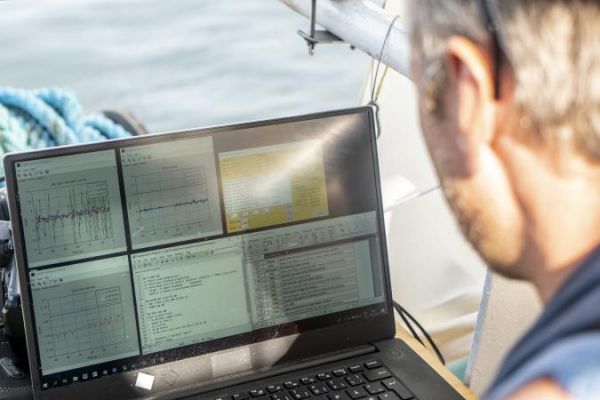 Then there was a thing with Nexø II not flying as high as we expected. It sure is a shame that we couldn’t set a new CS  altitude-record but as others have said, it’s not all about the height. The crucial objective is that we recorded the data we needed to continue developing rockets and that, we did.

In addition to the pictures I’ve added to this blog-entry, we’ve got many more pictures of the launch here. If you missed the live stream, or want to watch it again, it’s available on our youtube channel. There will be more videos of the launch added soon when Mejling and Co has finished editing them.

We’re working on putting together a debriefing-event for you all, our loyal supporters. We plan on presenting and discussing results, answer questions, and show pictures and video of the launch. Simultaneously, we’ll arrange a viewing of Nexø II. Much more on that soon.

Lastly, I want to thank all of you who’ve been watching the launch on behalf of everyone in CS  and express my gratitude for all the congratulations we’ve received the past few days. We’re very thankful for those. Without your support, we wouldn’t be able to accomplish this feat.